The past few months since the world shut down, I have generally remained calm with the exception of a nagging curiosity that hasn’t gone away. What’s been eating at me? Well, I got fairly sick early on in January of this year, immediately after a flight that took me through the world’s busiest airport – Atlanta. At the time, the news about COVID-19 made it seem like it would be contained in Asia without too many issues, so I hadn’t thought twice about taking a trip that I had planned months prior.

I was miserable when I got home and had some nasty respiratory symptoms for about a week that were hard to kick due to my propensity for lingering lung issues (mainly due to childhood asthma). I didn’t think much of it at the time and thankfully didn’t have to visit the doctor, but since then I’ve been wondering more and more if I could have contracted the coronavirus on that trip.

Obviously, it is now too late to get a COVID-19 test since I haven’t experienced symptoms in over 3 months. I had heard from friends how uncomfortable those nasal swab PCR tests were, so I definitely wasn’t eager to get one of those done  – I wonder how much that has played a role in our lack of testing in the US – the fear of the sheer pain of getting tested!

OK, moving on – I had heard all the chatter about antibody testing, but there were WAY more questions than answers when it comes to their accuracy so I wasn’t sure if it would be worthwhile to get a test done while they remain so controversial.  If you’re not familiar, this is a good explanation from the LabCorp website: COVID-19 IgG antibody testing, also known as serology testing, checks for a type of antibody called immunoglobulin G (IgG). If you have been exposed to the virus that causes COVID-19, your body typically produces IgG antibodies as part of the immune response to the virus.

I’m sure none of you who know me will be shocked to know that I have a trip planned for June, and I’d be lying if I said that wasn’t a contributing factor in my final decision to just go for it and get an antibody test done, even with a few reservations. I am not yet sure if I will be flying to get to my destination in the US, but I was hoping for some peace of mind as far as what my body was up to earlier in the year. I wanted to get at least some answers rather than keep wondering, “what if“.

I looked at the performance of the 10-12 EUA (Emergency Use Authorization) antibody tests that FDA has verified right now, and the Abbott test was the top performer in both sensitivity (ability to identify those WITH antibodies) and specificity (ability to identify those WITHOUT antibodies). After reviewing the many testing options available, including at-home tests, I landed on this option offered through LabCorp (they used the Abbott test), which only has a $10 upfront fee (they bill your insurance for any remainder that may apply, but it looks like many insurance carriers will cover the full cost of the test at this point).

I was able to make an appointment online (my favorite introverted option to avoid making calls) on a Saturday to get the test done the following Monday. It was a quick account creation on the website where I entered my insurance information, confirmed I did not have active/recent COVID-19 symptoms or a fever and paid the $10 fee.   I downloaded the LabCorp app as well since they offer mobile check-in.

Monday morning came and I had a quick panic moment after eating breakfast, not remembering if I needed to be fasting before this test!! A quick FAQ check and I was relieved to see I could eat and drink before the test, so all was well. Thankfully we only live about 5 minutes from the hospital that houses LabCorp, so I headed there about 15 minutes early, a little uncertain about how crowded it would be in the building.

When I pulled into the parking lot, I checked in on the mobile app, and got a notification they would text me when the technician was ready for me and that I could wait in my car. Within 30 seconds, they texted that they were ready for me and on went my homemade bandana mask (awful choice by the way) as I took the elevator up to the 2nd floor.

I walked in to find no one in the waiting room, and the woman at the front desk greeted me and said she’d be with me momentarily. Nothing to sign or touch, so that was efficient. She brought me back to the lab draw room and asked the customary questions about which arm to use. Right as the needle was about to go in my arm, my shoddily constructed bandana mask started to fall off my ear and I flinched, trying to quickly shove it back on and not alarm her. I think she thought I was worried about the pain, so it ended up being comical and we both laughed at my mask being held together by hair ties.

After that, I was quickly on my way home with my blue taped arm – in and out in less than 5 minutes – and no papers or things to sign on the way out either, isn’t technology great? They didn’t communicate any timeframe on results, but I had read they would be ready within a few days, so I wasn’t concerned.

Lo and behold, Tuesday morning less than 24 hours after the blood draw, I got an email notification that my results were ready to view. Eeek! I wanted to look but didn’t want to be disappointed. Was I ready for my curiosity to finally be sated? I looked and saw my results showing I tested negative for antibodies.  But….I had been feeling so confident …was I a hypochondriac??

Immediately my contrarian mind went into overdrive, thinking “what if it was a false negative”, “what if I’m part of the small percentage of people that doesn’t create antibodies after a mild case of COVID-19″, “what if this tests for only one strain and I had a different mutated strain of the virus”.  Ok, ok, I guess any of those things are possible, but not that likely.  Ever hear of Occam’s Razor?  Basically, it states that the simplest answer is usually the one that is correct.  Sigh.  Ugh.  Blurg.  Disappointed.  Did I just waste my time with this test?

I know, you’re probably thinking, don’t get worked up about it, because even testing positive for antibodies is not currently a guarantee of immunity from reinfection!  So many studies still need to be done, but I’m still glad I got tested.  I don’t have to wonder about my past sickness anymore, and my test helps determine what percentage of the population has likely already been infected.   All that being said, it would have been reassuring to know that I had the virus and recovered without bad consequences AND I would have loved to be able to possibly work toward an immunity passport for overseas travel in the future without needing to offer proof of a vaccine.

I will continue to be respectful of my proximity to others, work on building up my immune system, exercising, eating well, and wearing a mask when warranted.  I do still plan to travel domestically in June and the test results don’t leave me feeling fearful.  I am thankful that so far it seems I have not contracted the virus.  I hope my story will be helpful in letting you know what to expect if you’ve considered getting an antibody test, whether you’ve had previous symptoms or not.

Here’s to an optimistic path forward as research increases every day regarding immunity possibilities and even options for those with antibodies to donate plasma to help the recovery of those with the virus. 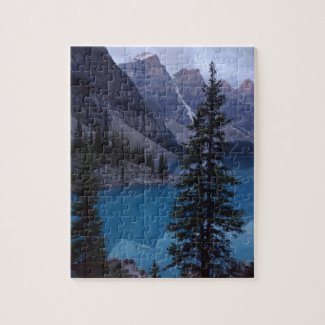