Disclosure: Please note that some of the links below are affiliate links, and at no additional cost to you, I earn a commission if you make a purchase. Please note that I only recommend companies I have personally used and vetted.

Alberta is one of the most beautiful provinces in Canada and is easily one of the most
visited places in all of Canada.  I want to share with you my top 5 places to see in Alberta! This is a good list for you if you plan to spend 1-2 weeks in Alberta. You can visit Alberta’s two main cities, Edmonton and Calgary, and the two most popular national parks, Banff and Jasper.  There will be a ton of amazing lakes and mountains to see in between your road trip!  A trip around Alberta will require good planning and preparation, but it isn’t too hard. I recommend spending 1-3 days in each of the locations mentioned below.

Edmonton is the capital city of Alberta and one of Canada’s largest cities overall. If
you plan to spend more than 1 week in Alberta and want to tour around the province to get the most out of this region, then I would consider making the trip to Edmonton! I especially like the idea of doing a loop around Alberta which will take you to Calgary, Banff, and Jasper as a 10-14 day tour of Alberta’s most popular tourist spots. If you’re short on time, skip Edmonton and head to Calgary because it’s closer to the mountains. Edmonton is most alive during the summer months when they have a festival of some kind pretty much every month. The best place for nightlife and restaurants is Whyte avenue followed by downtown Edmonton. Edmonton has an NHL team (the Oilers) but tickets will be pricy and they sell out every game. If you’ve never watched a hockey game before, Edmonton is a great city to have your first. Edmonton is probably best known for its massive mall, West Edmonton Mall, which used to be the biggest mall in the world. Nobody visits Edmonton without visiting the mall! You’ll find lots of places to eat, an indoor waterpark, amusement park, mini-golf courses, and of course, shopping. Overall, Edmonton is a great city to spend a few days in if you have a longer itinerary!

Calgary is Edmonton’s neighbor to the south. It is about 3 hours south of Edmonton and is the larger of the two main cities in Alberta. Calgary is the second biggest city in western Canada and I feel it’s a more interesting city than Edmonton. Calgary’s downtown core is more inviting and pleasant to walk around, eat, shop, and just basking in the city life. Calgary also has an NHL team, the Calgary Flames, and catching a hockey game is also just as amazing here. Calgary’s most prominent tourist attraction is the Calgary Stampede that happens every summer (July). It’s a Carnival that’s very cowboy-themed with the rodeo (Edmonton has the same carnival called K days but it’s not as good as Calgary’s). Calgary’s nightlife is also better with cooler venues (their downtown area is much better than Edmonton’s). I recommend visiting the Calgary tower, the major structure in Calgary that you’ll see from every angle of the city. It costs money to go up and it will give you a 360-degree view of the city. The most important part of Calgary is its proximity to the mountains. You are very close to Canmore and Kananaskis, and more importantly Banff National Park.

Banff is Alberta’s most popular national park and it isn’t even close. A lot of people around the world come to Canada to experience the outdoor life and hike the mountains. Banff and its surrounding area is arguably the best place in all of Canada to experience this. Naturally, Banff draws a ton of tourists year round. Banff itself is a very small town.
It’s incredibly cozy and beautiful. The prices for everything here are scaled up a bit (even McDonalds!) but that’s to be expected for a tourist town. You know those amazing Instagram photos of Canada you’ve seen time and time again? Half of them likely come from Alberta, and near Banff. You’ll need a car to visit all the lakes and mountains around here. Banff is a city that’s alive for all four seasons. Skiing/snowboarding during winter months and hiking and camping during warmer months.

Jasper is the second most popular National park in Canada and is also very beautiful.  Though it’s not nearly as popular as Banff, Jasper has many of the same things
Banff has to offer. Hiking and camping are two of the most popular things to do here. The town of Jasper isn’t as elegant or beautiful as Banff and you probably won’t be left feeling like you’re in a dream city, but it is less crowded and more affordable. I would recommend visiting Banff over Jasper if you could only do one. However, one of the best (arguably the best) road trips you can ever do in your life is the trip between Jasper and Banff. This road is called the Icefield Parkway and it will likely be the most gorgeous road trip you will ever take in your life. You will be winding through the mountains as you make your way through Alberta and you will find yourself constantly looking out the window. This is an amazing drive during summer or winter.  Add on a few extra hours for this road trip because you will be getting out of your vehicle many many times to take photos! I highly recommend mapping out your road trip around Alberta with the many lakes and viewpoints as pit stops so you don’t miss anything along the way.

Lake Louise is one of the dreamiest lakes in the world. The water is the freshest baby blue water you can imagine. It’s surrounded by mountains on each side (that you can hike) and right in front of the Lake is the incredibly beautiful Fairmont Chateau Hotel. If you have the money, I highly recommend staying at this hotel. Its incredible elegance will make you fall in love with Canada. Lake Louise is located about 40 minutes away from Banff and virtually everyone who visits Banff also takes a side trip to Lake Louise. It is a must-see location. This lake can get incredibly busy, especially during the busy summer season. I highly recommend visiting the lake early in the morning, especially for sunrise, to avoid all the tourists. And as a bonus, you can also visit Emerald Lake which is close to Lake Louise. It’s a lake with a beautiful lighthouse. This is one of the best places to get a photo as the sun goes down.

Summary of Traveling In Alberta

If you’re visiting Alberta, chances are you’re here to see the mountains and to enjoy some of Canada’s best natural scenes. Though Calgary and Edmonton are great cities, I personally do not recommend visiting Alberta for the purpose of visiting any of the cities. At the end of the day, a lot of cities offer the same fun things such as nightlife, dining, and shopping.  However, if you plan to loop your way around Alberta, then you will end up in at least one of the two big cities and if that’s the case, I definitely would recommend spending a few days to take in what the cities have to offer. Alberta is one of Canada’s true gems and if you ever get a chance to visit, you will not be disappointed.  As far as budgeting, Alberta (and Canada in general) is a more expensive place to travel and you’ll likely need to rent a vehicle to get the most out of this province. Budget-friendly hotels start at around $100 per night for something simple, but since Alberta is a year-round travel destination, you can start making extra money now and save up until you have enough for the trip of your dreams!

I hope you’ve enjoyed today’s guest post from Jason of Mint Habits.  You can also follow along with him on Facebook for more travel tips!  Have you ever been to Canada?  Drop a comment below to let me know your favorite spots there!

Thanks for reading!  Before you go, you might enjoy:

How To Book The Cheapest Car Rentals With Autoslash

Essentials To Pack For Your Next Trip 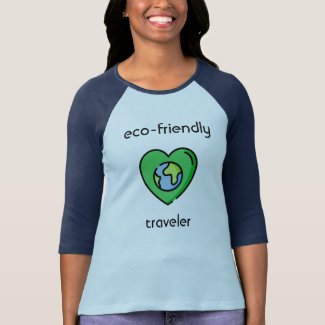