Welcome to Day 2 of Blogtober!   Today, I’m grateful for the chance to share an insightful look into the life of airline pilot David Hunter.  He is the husband of my fellow die-hard Jayhawk basketball fan, Kelly.   I met Kelly when she helped to organize the Charlotte Jayhawks’ meet and greet with former KU point guard and current Milwaukee Bucks player, Frank Mason!  It was such a rush getting to meet him and shake his hand – a memory I will definitely treasure for a long time.  Rock Chalk, Jayhawk!  OK, enough about basketball, let’s jump right into the interview!

I’m one of those rare people who knew early on what I wanted to do when I grew up. Not sure that I could put an age on it, but let’s say as far back as I can remember I was pretending to be in a cockpit flying, be it with legos or even a simple cardboard box!

I was about 16 when the passion really hit me.  My high school had an aviation program. The school actually owned three Beachcraft Sundowners and a full-motion simulator! It was a magnet school program available to the entire school and they took students with zero experience and prepared them for the FAA Private Pilot certificate. The school paid for all the materials, flight time, fuel and instructor costs! I’m told that at the time, my school was only one of four in the entire US to have anything close to it.

After I graduated high school, I attended a year of community college and then transferred to Embry-Riddle Aeronautical University in Daytona Beach. There I earned a Bachelor of Aeronautical Science (fancy way of saying a pilot degree). Afterward, I did back-to-back internships at American Airlines and Atlantic Coast Airlines (ACA, a former regional express carrier).

I was hired in the summer of 2001 as a pilot for ACA and was there until 2005 when I was furloughed. Then I worked for a USAirways (now American) commuter known as PSA Airlines and stayed there for the next 14 years.

How long have you been a pilot and for what airline(s)?

25 years…I had to ponder that one for a moment because it’s almost ⅔’s of my life. I’ve been flying since I was sixteen. My first flight was just after I got my driver’s license. Out of that, I’ve been flying for various airlines for 19 years. I most recently was hired by American Airlines this last spring.

Can you share a little about the training process?  I’ve heard it can be incredibly expensive.

Flying is extremely expensive and that’s an unfortunate barrier for most people trying to enter the industry or even just for pleasure.

The FAA mandates a minimum of 40 hours of flight time for a private pilot’s certificate (35 hours at a Part 141 certified school). However, the average for most students is closer to 80 hours. A quick Google search shows the average cost per hour to rent a Cessna 172 to be around $125 per hour. Eighty hours (again, that’s average…some folks take even longer!) at $125/hour is $10,000! This number, however, is just for the aircraft and fuel and does not include instructor fees, insurance, or any other additional requirements.

To attend a major aviation university, that price will seem almost trivial. According to their own website, yearly tuition to attend a school such as Embry-Riddle is estimated to be around $50,000 for an undergraduate degree*. Those majoring in an aviation degree pay for their flight time on top of this and can expect an additional $15,000-$25,000 per year out of pocket. Assuming things go to plan, an undergraduate should plan on somewhere close to $300,000 as a starting figure.

But we’re not done yet. The FAA enacted a rule in 2013 requiring all pilots flying for Part 121 carriers to hold an Airline Transport Pilot certificate. In order to be eligible, a pilot must have 1,500 hours of total flying time (TT). There are other requirements in addition to the total time requirements, but for most people, that’s the biggest challenge.  Just for some rough, back of the napkin numbers, 1,500 hours times our google estimate of $125/hour is bordering on close to $200,000 (again, just for a basic aircraft and fuel; a realistic estimate would probably be closer to double that number).

The 1,500-hour requirement is reducible under certain conditions, but not by much. The FAA did allow reductions for those actively flying in the military (750 hours TT) and those majoring in an aviation program (1,000 hours TT with a bachelor’s degree or 1,250 hours TT with an associate’s degree). 750 hours is half of the generic FAA minimum but requires a significant commitment to the armed forces (Bless you all and thank you for your service). For the civilian route, a ⅓ reduction seems attractive, but keep in mind that you’re likely to leave the university with only about 250-300 hours towards the 1,000-hour minimum. That’s right, after spending approximately $300k, you’re only ¼ of the way and you’re still on the hook for the rest.

Fortunately, some regional carriers are beginning to bear some of the training costs, but as you can imagine, there are strings attached.

How often do bird strikes happen?

I was going to shoot from the hip and say “a lot”, but then decided to do some research and it turns out the answer was closer to “even more than I had previously thought”.

The FAA publishes some pretty good data in this area**. I was sad to see that Mourning Doves are the most common bird to be hit. Sorry guys.

Does it ever get overwhelming being responsible for so many lives each time you fly?

But not because I’m soulless, egotistical maniac (I.e. pilot), but rather because we intentionally desensitize these thoughts during our training.

We train in gigantic simulators that completely recreate almost every sensation during flight. The entire cockpit is recreated, using mostly actual flight hardware, and we have a visual display that projects a 180 degree forward view of our surroundings (newer visual models use satellite terrain that is almost photo-realistic). All of this is mounted on hydraulics to fully immerse the crew in the three-dimensional environment. We use the simulators to train for almost every conceivable emergency to the point where a catastrophic scenario (engine on fire, with malfunctioning landing gear, bad weather, and a medical emergency) is just a rather slow Tuesday morning at the office.

To be sure, we are keenly aware that we have a precious cargo behind us. One life is just as valuable as three hundred lives. We just can’t tell the difference once the cockpit door is closed.

How often do you fly with the same co-pilot and do you have a say in the crew you fly with?

What is your meal or snack of choice while flying?

Depending on the length of the flight and the time between departures, we will sometimes receive a crew meal. These can be quite tasty (sometimes). I usually keep a bag of beef jerky and almonds handy just in case though.

How often do you fly as a passenger and what’s your seat preference – aisle or window?

I’m in the back of the aircraft several times a month either commuting to or from work. We also do get travel benefits and we use those regularly. Given the choice: I’m an aisle kind of guy.

What is the thing you fear most while in the air?

Sorry, that’s my twisted sense of humor. My biggest fear is complacency. Aviation has become so safe to the point that we as pilots are starting to forget to be pilots. Automation is taking over and our systems work so well to the point it can be so highly seductive to let our collective guard down. 50 years ago, engine failures were more common. Now the average pilot may never shut down an engine inflight outside of a simulator. While this is a good thing in some regards, we as pilots are beginning to lose our hands-on skills and that’s bad.

But seriously, a bear encounter mid-flight would be truly horrifying. Just saying.

How do you occupy your time on a long flight once autopilot is turned on?

This is a tough one. Company policy prohibits napping or the use of personal electronic devices, and the inflight entertainment is right out. We usually have some light housekeeping duties (checking systems, weather, prepping for an arrival, watching out for bears, etc.) to keep us busy. But on the really long flights, you’re hoping the guy or gal next to you is a good conversationalist.

How do you balance travel with family and other relationships?

Thankfully, I’m blessed with a wife that knows the industry. She’s been a flight attendant, gate agent, crew scheduler; I refer to her as an airline groupie. I got lucky there!

My kids grew up in this lifestyle and it’s all they’ve ever known. They both attend a virtual charter school (think of a cross between public school and homeschooling, but online) and they have the freedom to do school wherever they can get an internet connection, which opens up all kinds of possibilities.

For everyone else, there’s FaceTime.

What are your favorite and least favorite airports to fly into and why?

Another tough one. I can’t say that I have a single favorite. Roanoke, VA is where I first learned to fly. The terrain there makes it interesting to fly in and out of.

Least favorite…you’ve stumped me there. I can’t say that I have one.

Have you ever had an emergency (either with a passenger or something mechanical) on one of your flights?

Plenty. I’ve shut down an engine in flight, had landing gears that wouldn’t come down, electrical failures, sick passengers, etc. I also once hit a turkey-vulture while taking off that put the airplane out of service for almost two months (I get to explain that one during job interviews)

What do you enjoy most about your job?

The flying part. Not many offices can replicate the view.

What is the strangest item or animal you have seen brought on a flight?

Thankfully the rampers were unable to lift it off the belt loader and into the cargo compartment.

Emily again!  Wow, all I can think about after digesting all that David shared is what an incredible commitment each pilot makes!  I know I could never do this job, but I’m SO thankful for those who spend so much of their time and money training to take us all safely to new destinations.

What stood out to you the most from this interview?  I’d love to hear your impressions below. 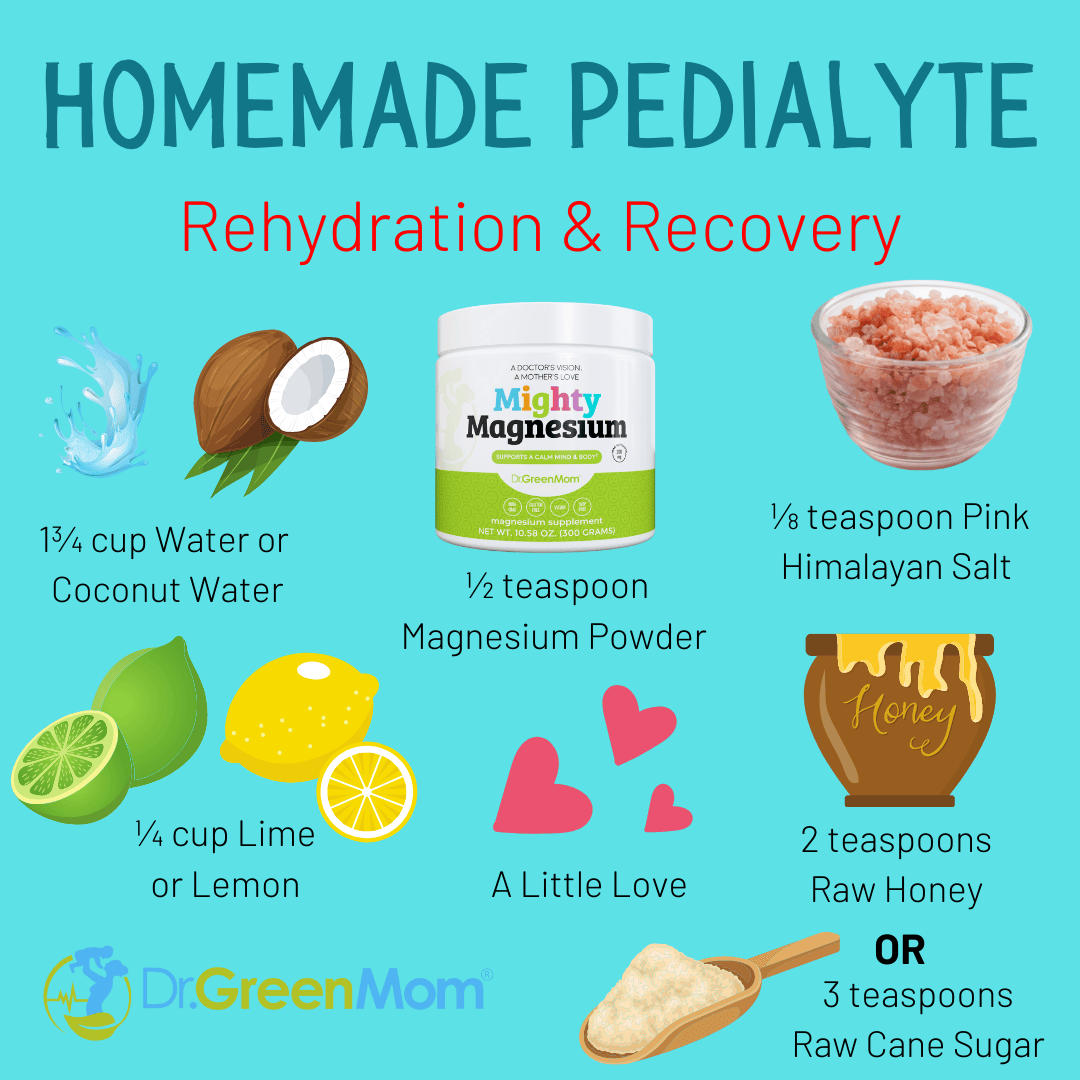